Government in Britain is cloaked in secrecy.  They do that on purpose.  Always have.  As we get to understand more about what’s behind the facade, it’s almost always worse than we feared. 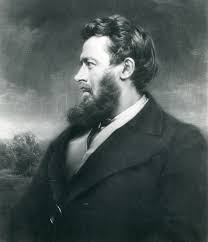 The early pioneer of the hipster movement, Walter Bagehot, writing in the 19th century explained how government in Britain works.  (And what a beard, eh?)

In Bagehot’s day, the efficient part constituted the cabinet, while the dignified part was made up of the Monarchy and the House of Lords.  The status of the Commons is subject to interpretation.

In the century or more since he wrote, power and influence have become more tightly focused in the Prime Minister and a narrow cabal of close advisers and influencers.  In the Thatcher years, we talked of an ‘Inner Cabinet’ of trusted advisers – maybe four or five key players.  Nowadays, it’s more likely to be made up of one or two key unelected Special Advisers (SpAds).  In the current set up, top SpAd Dominic Cummings is often described as the ‘Power behind No.10’.

A typical first week essay for British politics undergraduate might be to write a comparison of the respective power of the British prime Minister and the US President.  Contrary to the instinctive response, the PM enjoys much greater authority than his or her American counterpart.  This is partly because the PM commands the patronage of every official in a government position (basically everyone’s job is in their gift) and partly because the US President is subject to deliberate constitutional checks and balances, embodied in the separation of powers between the Executive (The White House) the Legislature (Congress) and the Judiciary (the legal system, in particular the Supreme Court).

This is all a bit depressing.  We thought democracy was alive and well and living in Westminster, when all it really means is that we get to choose between one all-powerful party leader and another.

It’s also clear that the 2020 Conservative government is moving towards ever greater centralisation of power, by removing those checks and balances that do exist in the British system.  The removal of Sir Mark Sedwill, Head of the Civil Service, by pressure from the Prime Minister’s office, is a clear statement of intent, as is the widespread talk of ‘Whitehall Reform’ (translation – the emasculation of the Civil Service, so they are more obedient to the Minister in charge of their Department).

But just occasionally, there’s a glimmer of hope.

Select Committees are an important part of the system of Government.  This is where bills being debated are examined by experts, and amended or revised.  The membership of these committees is generally cross-party and, contrary to the public-facing rough-and-tumble of The House, they are quite grown-up bodies with some capacity to make policy better rather than just to make it saleable.  This is good and important, and the Chairmanship of a committee is rightly a prestigious appointment, made by election from its members.  Not – importantly – appointed by The Man.

The Intelligence and Security Committee is not a Select Committee as such, but the same rules apply.  Only more so – being all about National Security, it’s even more important that this group has an objective, long-term focus and is not just a political lap dog.

So it was with great rejoicing that I saw the news today that Boris Johnson’s attempt to ‘shoe-in’ his political friend, Chris Grayling, had unexpectedly come unstuck.  Contrary to all the predictions (and pre-announcement press briefings – maybe a lesson in there) the committee elected Conservative MP and longstanding member of the committee, Julian Lewis instead.

It’s refreshing chink of light, where you might have thought there was none.  Remarkably, Mr. Lewis is a defence expert, strongly endorsed by previous committee chairmen.  Mr. Grayling isn’t.

No offence to my former constituency MP, Mr. Grayling, whom I have met and rather liked, despite his reputation for bringing calamity, wherever he goes.  But this is surely a victory for good sense, and a minor act of resistance against the forces concentrating power into No 10.

The PM’s office naturally responded by having a hissy fit and throwing Lewis out of the party.  A senior government source told the BBC that Mr Lewis “has been told by the chief whip that it is because he worked with Labour and other opposition MPs for his own advantage“.  Hmmm.  Definitely not because it frustrated a power-grab then.

It’s a good job there are some checks and balances left.  So, three cheers for the Committee system.  And, forgive me for getting all sensible for a moment, but if the Defence and Security Committee does what the name implies, then that’s really rather important to our future safety.

Having looked like becoming just another dignified part of government, there are still a few bastions of the efficient after all.  For now.